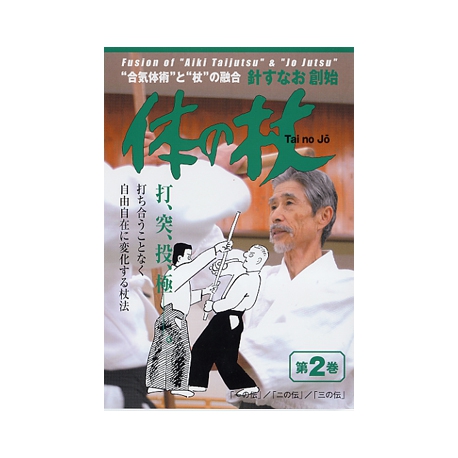 This DVD is the second of three volumes of "Tai no jô", which means "Jo of the body".

Sunao HARI was born in 1933 in Saga. In 1956, he became a manga artist and in 1957 he started practicing Aikido at Aikikai with master Seigo YAMAGUCHI.

Today, he is the Kancho (president) of KODENKAN Dojo and has an 8th dan of Aikikai Tokyo. He is also a renowned Manga artist.

He created the technique "Tai no Jo (Jo of the body)", in which he integrated techniques of Taijutsu and Jo using the jo as a part of the body, with the circular motions of Aikido as a basis.

The contents of this DVD

2 other products in the same category: