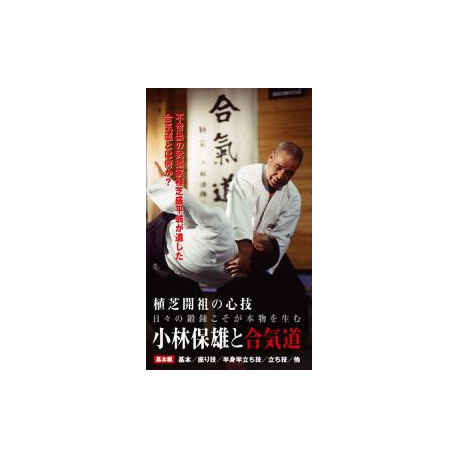 First volume of the series "The spirit and the technique of Master UESHIBA".

In this DVD, master KOBAYASHI, Uchideshi of UESHIBA Morihei and 8th dan of Aikikai Tokyo, introduces basic techniques such as Suwari-waza, Hanmi Tachi waza and Tachiwaza.

KOBAYASHI Yasuo was born in Tokyo in 1936. He started Judo at the age of 11, then went on to Aikido while he was a student. In 1954, he became a student of Master UESHIBA. He gave some classes at the Aikikai headquarters before opening his own dojo in 1972, in Saitama prefecture. Since then, he devotes himself to spread Aikido in the Kanto region. Today, he dispatches teachers to Japan and more than 20 foreign countries. He is himself regularly invited to give seminars.