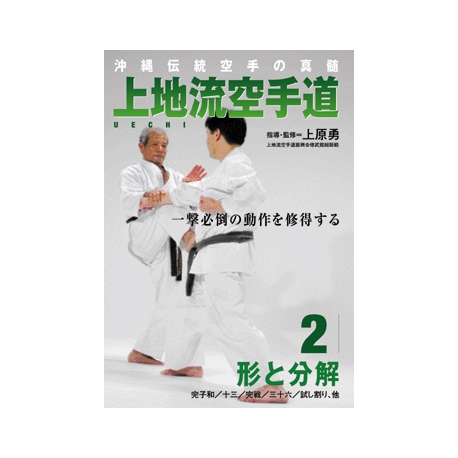 Isamu UEHARA: born 1939 in Okinawa. He started karate at the age of 11. When he was 26 yeas old, he established a dojo in Tokyo. Today he is the director of teaching Uechi Ryu KARATE DO. He is a son Saburo UEHARA who was a high graded student of Kanbun Uechi.

Uechi Ryu was created by Kanbun Uechi (1877-1948). This school comes originally from Shaolin Kung Fu and is characterized by the technique Sanchin and by hardening the body as a shield.

In this DVD, you can learn various techniques of Uechi Ryu.

The content of this DVD " Uechi ryu karatédo vol.2-UEHARA Isamu"