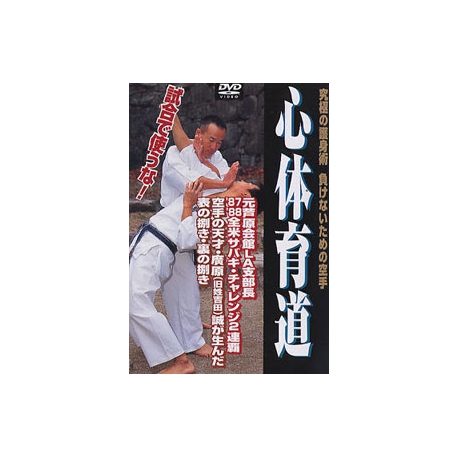 Makoto HIROHARA: Born in 1961 in Hiroshima, he started practicing Kyokushinkai karate in 1977. He taught in Tokyo for three years from 1979. In 1987, he moved to the United States. That year, he participated in a karate tournament in Colorado and became the champion. The following year, he took part in the same tournament that he won again. However, he realizes the limit of the fight in competition and stops participating in tournaments. Since then, he perfected his karate physically and mentally and created a school in Shintaiikudo. In 1995, he returned to Japan. Today, he teaches SHIN TAIIKUDO.

SHIN TAIKUDO has also techniques that can't be used in competition.

There are two main techniques:
: Omote no Sabaki: Defence against attack
: Ura no Sabaki: be well (body balance, respiration)
-Basic foot technique  : the infinite power of SABAKI technique.
-Basic Tecnhique of SABAKI (handling)
-Kata SABAKI
-Training
-MUKYOKU: The infinite movement to be flexible and smooth in the Powerfulness.

4 other products in the same category: